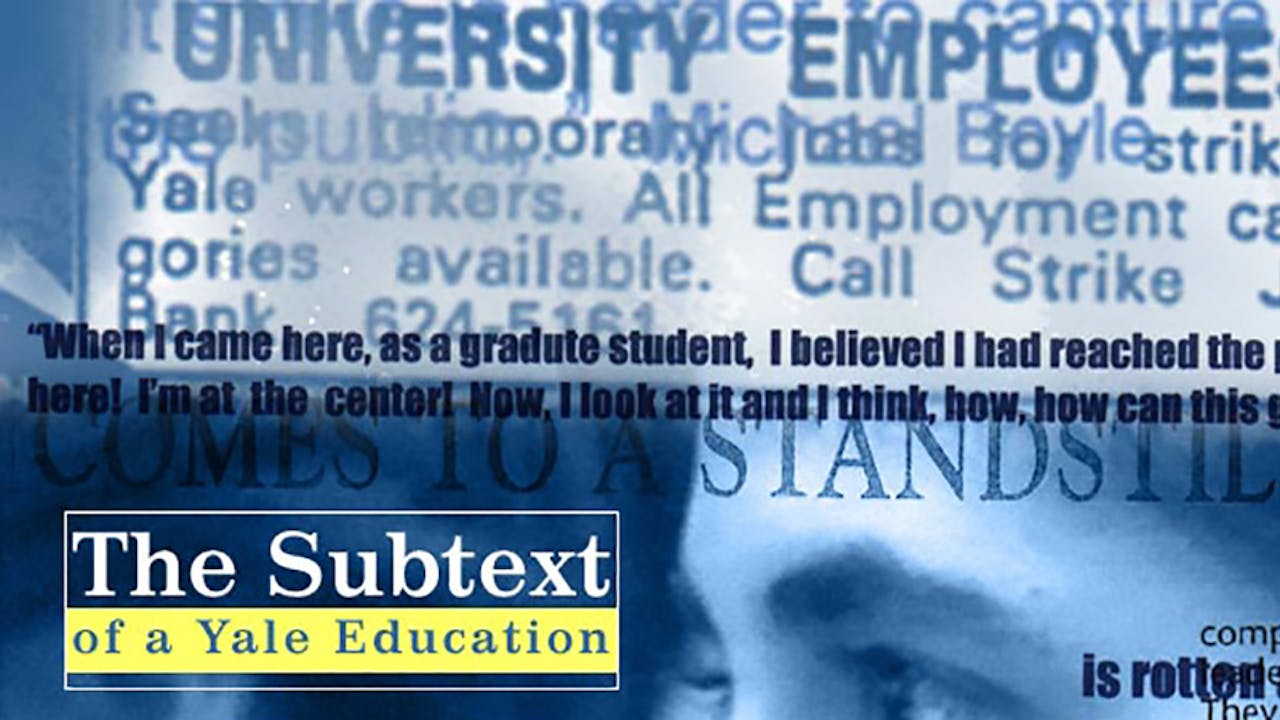 Subtext of a Yale Education

SUBTEXT chronicles two years in labor relations at Yale through the director’s point of view. Dunn, a junior at Yale when the conflict ensues, interviews workers, administrators, students and professors in an effort to make sense of the dissonance on campus. The film opens with Freshman invocation intercut with a custodian cleaning a dorm bathroom.

A quote from a documentary textbook introduces the title:

Beneath the visible and audible surface,
which we might call the text of the situation,
lies the subtext, or hidden meaning,
something we are always seeking…
(Michael Rabiger).

This tension, between the serene, prestigious experience of the students and the hostile, humiliating experience of the workers, defines Dunn’s Yale education and thus the film. Structured like an academic paper, the chronology of events unfolds through five different chapters. In the first chapter, entitled FACTS, the film intercuts interviews with administrators and union officials hashing out the issues on the table. In sum, Yale has unprecedented financial gains yet aims to introduce subcontracting into the work force. Perhaps a common market trend, Yale workers, most of whom live in New Haven (the fourth poorest major city in America), embrace a long hard fight to maintain their wages and benefits. In subsequent chapters, union members visit and protest a meeting of the Yale Corporation, strike for two months, and march with national leaders such as Jesse Jackson and AFL-CIO president John Sweeney. As the chronology builds, Dunn interviews professors and graduate students about the ethics of higher education. The main thesis of the piece is revealed through these interviews: corporate influences on higher education are rendering a generation apathetic to the plight of poor people. The film culminates with Yale’s 295th Commencement. As graduates march in cap and gown, Jesse Jackson marches in protest with the unions and 5,000 supporters from around the country.

The epilogue conveys that although Dunn receives her education, the unions face setbacks as subcontracting is introduced into the workforce.